I read an interesting article on the subject.

I am providing excerpts and my views on it. 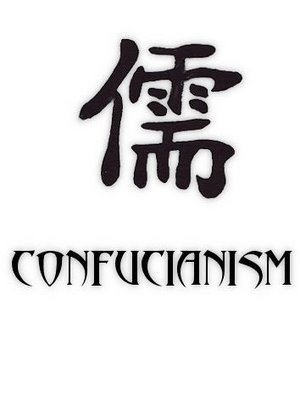 Buddhism for long disappeared from the Indian scene, but the fundamentals of its philosophy were formulated as part of Indian philosophical thought with its traditional polemics and constant exchange of ideas between different schools. This deep familial link of Buddhism with the Indian philosophical soil that engendered it is being missed by both Buddhist and Hindu philosophy studies. Buddhists study six Hindu darshans, but in a rather formal way as if these were dogmatic systems. Specialists on darshanas also formally study Buddhism. In my opinion, the important aspect missing is the mutual enrichment of both traditions, their constructive impact on each other. (via ‘Branches of Indology like religion flourishing in Russia’ – The Times of India….

So, what made Buddhism so attractive?

The axis of Confucian-Platonic authoritarian, ‘wise’ rulers, who were not accountable, was (and remains) the overwhelming model for the world. Property rights remained with less than o.1% of the people. Under the CRER principle, (cuius regio, eius religio, meaning whose land, his religion; CRER) even the most personal religious beliefs of the individual were subject to State approval, as per law….

Is it any surprise that the common Chinese loves and venerates the Buddha – and the Chinese Government lays so much emphasis on Confucianism?…

Indian religion and culture shapes half the world even today. China (Buddhism), Indonesia (considering that Mahabharata is their national epic and their use of Sanskritic names), entire South East Asia (except Philippines) and of course, India. What makes the Indian success remarkable is that this status has been acquired without significant military cost or economic expenditure.

After the destruction of Takshashila, in 499 AD(?), without access to the ‘Indian thought factory’, Buddhism soon became a religion outside India. Buddha in India, was another, in a long line of teachers. Not so in the rest of the world.

Remember all this without the sword! 2000 years later, other religions have not been able to match this spread!.

Main reason for Buddhism being sidelined is that Hinduism absorbed Buddhism.
Hinduism is flexible. personal and a way of life. You need not renounce the world to attain Godhood.
Vedic system has Polytheism,Henotheism,Monotheism, Dualism and Monism.
Host of Gods were worshipped, each symbolizing an aspect of Nature.As people evolved they began to understand the real meaning of the Vedas in its entirety and graduated into Henotheism,Monotheism. Still later as human thought evolved further, they have found Monism- Advaita-Non-dualism as the core.
Buddhism came into being when Karmakanda or Ritualistic approach to religion had become intolerable with no attention paid to Gnana -Kanda-Path of knowledge.
There was confusion galore in the method of worship and internecine feuds were not uncommon based on Religious beliefs.
Gnana kanda was completely forgotten and Mimamsa which speaks of only karma with out Eswara aggravated the situation further.
People lost hope in Hinduism.
Then came the Buddha.
His philosophy of Nihilism brought in a whiff of fresh air to people who were suffocating under the burden of numerous Gods and Religious sacrifices.
His total negation of Vedas brought in many a convert and his system was simple to understand.
Adi Shankaracharya diagnosed the problem correctly and immediately organized the Shanmathas-Six Deity Worship Ganapathya,-Saurya,Kaumaara,Saiva,Saaktha and Vaishnava.
He preached the Vedic thoughts in a simple language that could be understood by all thus removing the shackles of the Scholarly approach to the Vedas.
He denounced sacrifices ;at the same time he spread the message that the sacrifices were symbolic and the Real Godhood can be obtained by Discipline,Love,Prayer,Knowledge.
He gave the Karma Kanda a secondary place to Gnana Kanda.
He laid emphasis on Bhakti,Devotion.
Theory of karma of Buddha was nothing new.It is nothing but what has been stated in the Vedas.Shankaracharya brought this fact into the fore.
He won over Kumarila Bhatta and Mandana Misra from their Mimamsic ways.
People were fed up with many Gods,so they switched over to Nihilism of the Buddha.
To win those back Shankarachaya explained the Monism-Non-Dualism of Vedanta.
To believe in a Reality that is ‘Nothing’ is difficult to grasp as it is difficult to grasp too many Realities.
Shankara’s Advaita struck a middle path and he was able to win back the converts.
The main reasons for Buddhism not flourishing in India are-
-Believing Nil as a Reality is difficult for the Mind.
-Though Buddha’s preaching was simple in Theory,it became very difficult for the followers to follow(because of incorrect interpretation)
Buddhism negated idol worship-His followers worship his statues. This move by Buddhists was seen as double standards /hypocrisy
Buddhism,over a period of time, developed rituals(which it vehemently condemned in the Vedas) .
-Though Buddhism started as one school of thought,it branched of into Mahayana,Hinayana and various other Sects. This ate away its strength.
As people started coming back into Hinduism,Rulers started promoting Hinduism.